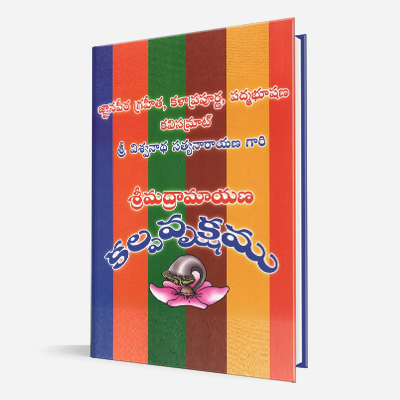 By Malathi Chendur
Translated into English by Parvathy B

The novel explores Malathi Chendur’s preoccupation with the ideological impulsions of the freedom struggle of India. Following the life of Gopalam, it presents a fictional record of the national movement in Andhra, a story which straddles four generations and reflects on the modern Indian History with reference to the Telugu people, starting from the freedom struggle to the assassination of Mrs. Gandhi, also invoking the Gandhian regime, the Emergency and the aftermath of the struggle for Independence. Many historical figures appear in the course of the novel which advocates for a more just social order. It received the Sahitya Akademi Award in 1992.

About the Author
Malathi Chendur was a prolific Telugu short-story writer, novelist and columnist. She started her career as a novelist in 1949 and went on to write 26 novels in Telugu language. She also translated more than 300 novels from other languages into Telugu. She wrote a weekly column, ‘Pramadaavanam’, in the Andhra Prabha newspaper, which appeared continuously for 47 years, setting a Guinness World Record for the longest-running column. She has been a recipient of Andhra Pradesh Sahitya Akademi Award (1987), Madras Telugu Akademi Award (1988) and Sahitya Akademi Award for her novel Hrudaya Netri (1992).

The Ramayana for Viswanatha, is not merely the story of Rama, the Divine Archer, but the story of the Indian psyche, its responses under trying circumstances, the triumph of the spirit over the matter, the supremacy of values over interests and the enthroning of Dharma as much in the hearts of men as in their affairs. It is legacy of values patterned beautifully in the very texture of the story of Rama and Sita. Values like humility, courtesy, love and respect to all, courage, beautifulness, truthfulness, single-minded devotion between spouses, impartiality, respectful devotion to parents and elders, and above all a need for sacrifice and self-abnegation. Viswanatha has followed Valmiki in the narration of the story, but he has made a few beautiful alterations. As we start reading the Ramayana Kalpavriksham, we are ushered into the classical Treta yuga by the magic of his diction, description and delineation. It received the Jnanpith Award in 1971.

About the Author
Viswanatha Satyanarayana (1895–1976) is regarded as one of the most important writers and poets of the Telugu canon. His oeuvre includes poetry, novels, drama, short stories and speeches, covering a wide range of subjects such as analysis of history, philosophy, religion, sociology, political science, linguistics, psychology and consciousness studies, epistemology, aesthetics and spiritualism. He was the first Telugu writer to receive Jnanpith Award in 1971. Viswanatha’s style of poetry was classical in nature and his popular works include Ramayana Kalpa Vrukshamu (Ramayana the wish-granting divine tree), Kinnersani patalu (Mermaid songs) and Veyipadagalu (The Thousand Hoods). He was also felicitated with the Padma Bhushan.

Also read
Ha Ha Hu Hu
Translated into English as Ha Ha Hu Hu: A Horse-headed God in Trafalgar Square by Velcheru Narayana Rao
Ha Ha Hu Hu tells the delightful tale of an extraordinary horse-headed creature that mysteriously appears in London one fine morning, causing considerable excitement and consternation among the city’s denizens. Dressed in silks and jewels, it has the head of a horse but the body of a human and speaks in an unknown tongue. When it shows a deep intelligence – unlike any they have encountered before – they don’t know how to deal with it, or how to explain the rules of their own civilisation (beyond caging it and demonstrating for its benefit that their guns can kill). Even a Sanskrit scholar, who realizes this might be a gandharva fallen to earth, is puzzled.

Vishnu Sharma English Chaduvu
Translated into English as Vishnu Sharma Learns English by Velcheru Narayana Rao
In this hilarious satire, the scholar Vishnu Sharma – who is believed to have written the Panchatantra – and the 13th century poet Tikanna (who translated the Mahabharata into Telugu) appear first in dream form, and later as flesh-and-blood humans, to a Telugu lecturer, requesting that he teach them English. The king of the gods, Indra himself, has asked them to return to earth to do this, so they can ‘get the education suitable for these days.’ But the lessons that follow prove confusing to both the students and their master. What follows is a series of absurdities about English, its grammar, the disjunction between the way it is written and spoken, and the comparable superiority of Sanskrit.

By Tripuraneni Gopichand
Translated into English as Pandita Parameshwara Sastry’s Will by Allad Uma and M. Sridhar

Pandita Parameswara Sastry Veelunamma (1962) enjoys the distinction of being the first Telugu novel to have won the Sahitya Akademi Award in 1963. It captivates the reader with a narrative technique of an omniscient narrator, multiple voices, letters and even diary entries. The book brings out the debate on the use of the grandhik and the vyavaharik varieties of languages that took place in the early part of the twentieth century. It also deals with themes like tradition and modernity, the Sanskritic tradition and the influence of the West, the Orientalist and the Anglicist discourse. It is a novel that represents a journey of ideas from the material to the metaphysical. It puts to debate different systems of philosophical thought such as Marxism and Aurobindo’s philosophy.

About the Author
Tripuraneni Gopichand (1910 – 1962) was a Telugu short story writer, novelist, editor, essayist, playwright, film director and a radical humanist. Gopichand was the son of renowned a social reformer and play writer Tripuraneni Ramaswamy. Gopichand, inspired by M.N. Roy’s Radical Humanism, became the first state secretary of the Radical Democratic Party (India) Andhra Pradesh. His second novel Asamardhuni Jivayatra (Bungler: A Journey Through Life), was the first psychological novel in Telugu literature. He has also written dialogues for films like Rythubidda (1939) which deal with the peasant uprising. In all, he had 10 novels, 12 plays and over a 100 short-stories to his credit.

Also read
Asamardhuni Jivayatra
Translated into English as The Bungler by D.S. Rao
Regarded as the first psychological novel in Telugu literature, Asmardhuni Jivayatra (1947) is Tripuraneni Gopichand’s second novel that has been translated into different languages. It is remarkable because it foreshadows early attempts at magic realism in Telugu while anticipating the discourse of the Absurd. Gopichand created a unique character, Sitarama Rao, which jolted the Telugu readers. Heir to a feudal order, the anti-hero is lost in theoretical thinking and cannot cope with the harsh realities around. Plummeting into mental derangement, Rao dies by suicide at the end. One can read the novel on many levels. On a very literal level it is a humdrum tale of a well-meaning but good-for-nothing man who is born into an affluent family but loses everything because of his gullibility and dies in penury. On another level it can be read as a philosophical discourse about man’s place in the universe and his fateful alienation. By setting his novel against the backdrop of personal despondency and national turmoil, Gopichand achieves the interiorization of the outer and the externalization of the inner world of a character as no one has ever done before him in Telugu literature.