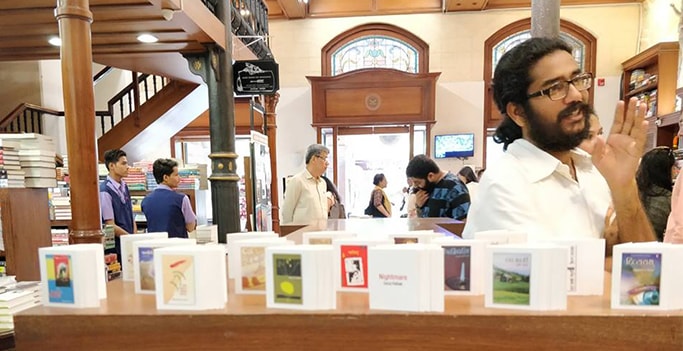 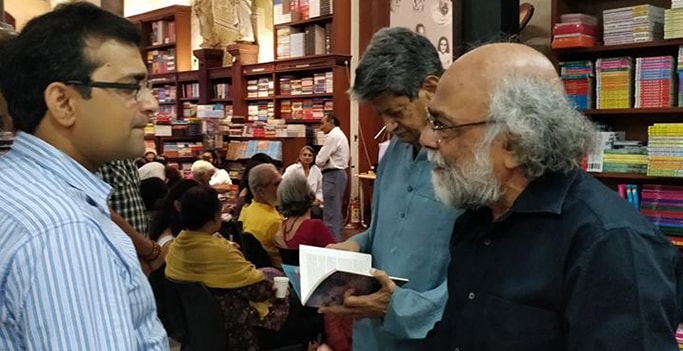 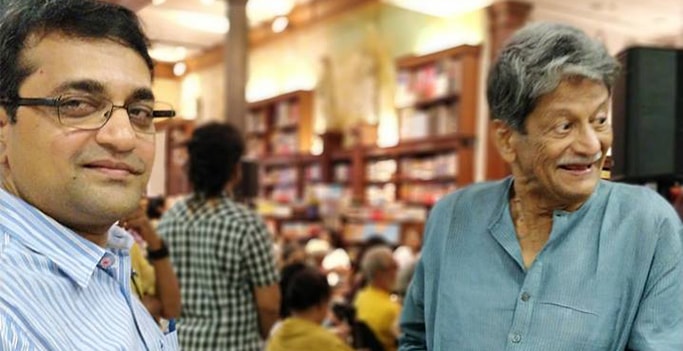 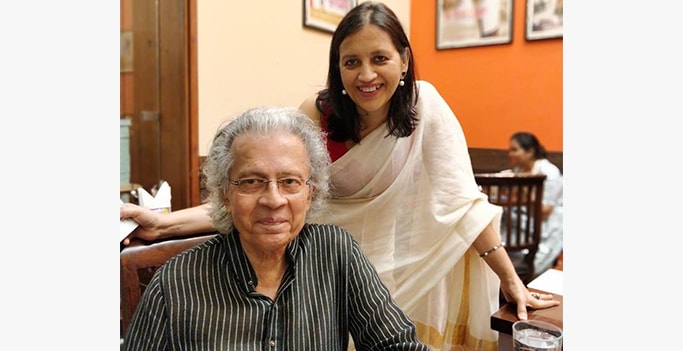 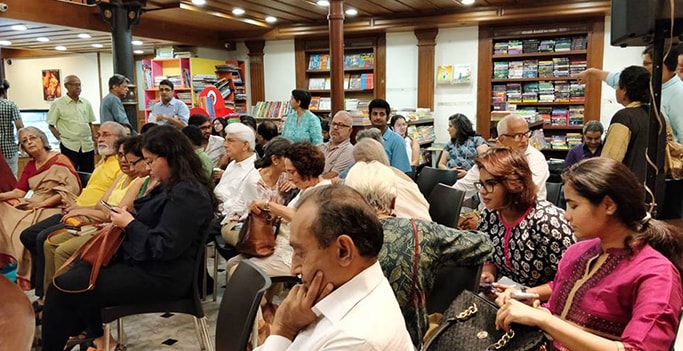 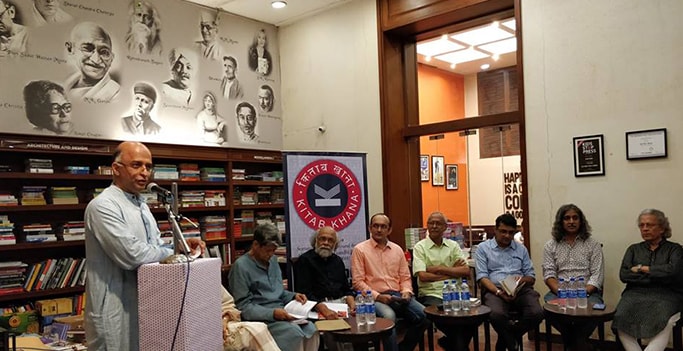 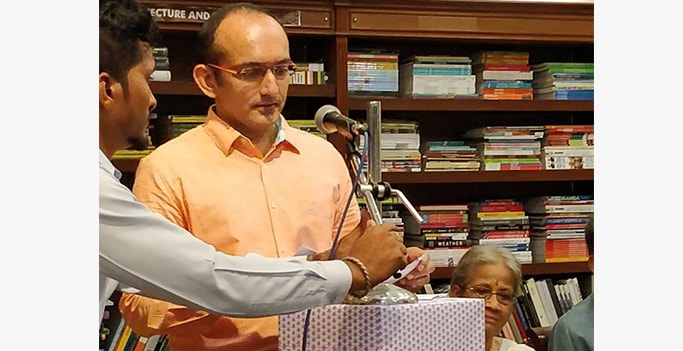 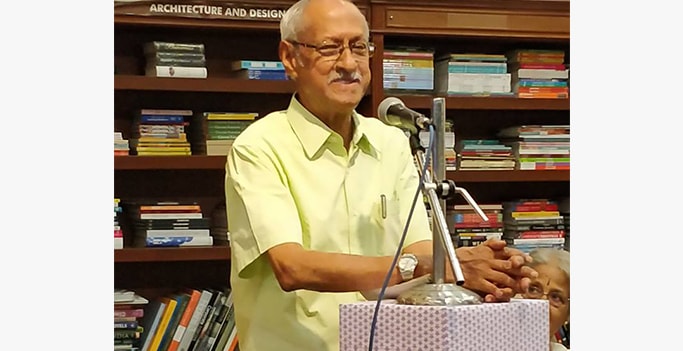 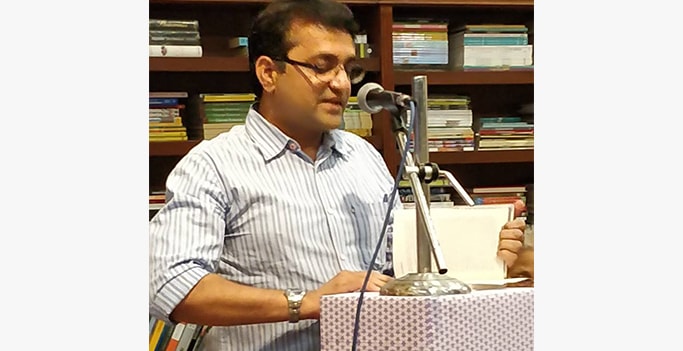 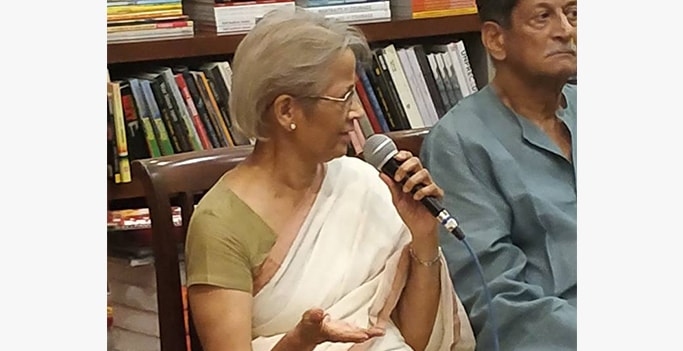 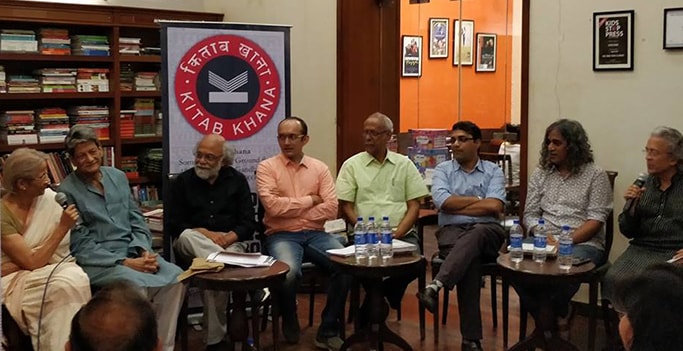 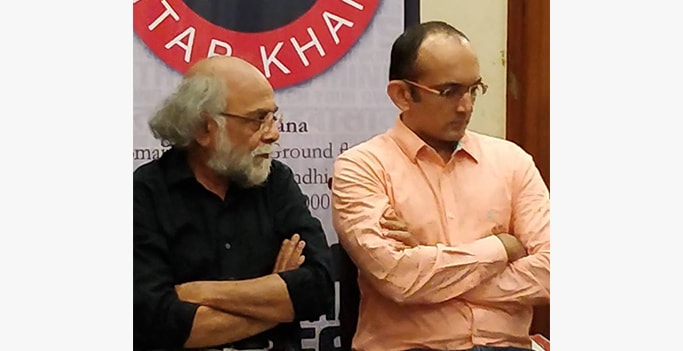 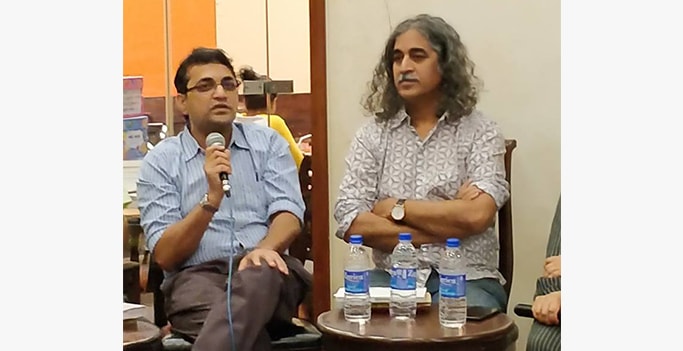 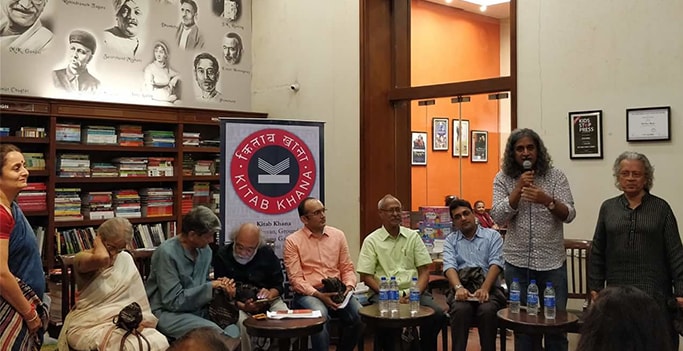 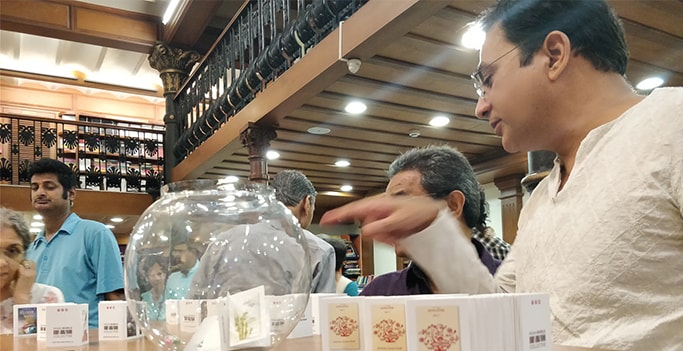 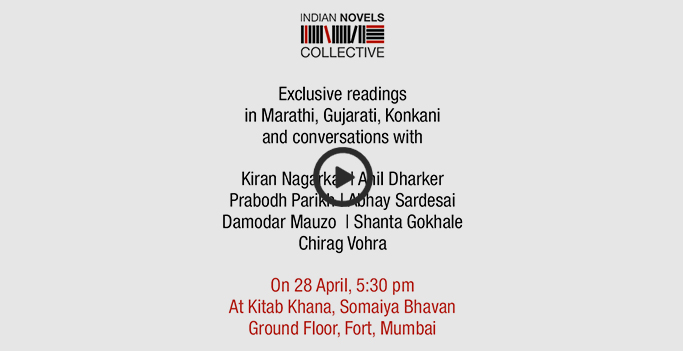 Kiran Nagarkar read excerpts from Kosala by Bhalchandra Nemade – a Marathi novel which narrates the journey of a young man, Pandurang Sangvikar. The second book was an English translation of Vishram Bedekar’s only novel – Ranangan. Prabodh Parikh set the stage for the other Gujarati readings tracing its evolution and went on to read a paragraph from Govardhanram Tripathi’s four-volume work epic Saraswatichandra in Gujarati and then the same paragraph from Tridip Suhrud’s translation into English. Gifted Gujarati theatre actor Chirag Vohra read from Gujarati novels, Manvini Bhavai by Pannalal Patel and Chehra by Madhu Rye Chirag Vohra while we had award-winning Konkani writer Damodar Mauzo read from his novel – Karmelin. Abhay Sardesai read from the Marathi novel Saat Sakkam Trechalis by Kiran Nagarkar and a Konkani Novel – Sonvsar Budti by noted Konkani writer and activist Shenoi Goembab.

What followed was a discussion on translations and what makes for a good translation. Shanta Gokhale opined that a good translation is one which sticks to the style of the narrative not necessarily using the exact phrases but bringing out the meaning the author is trying to draw out within the limitations of the translated language. Having said that she read from her translation called Kautik on Embers to support her point.

The evening ended with a round of question and answers.